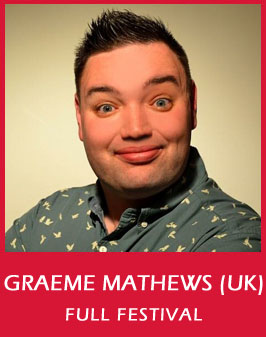 Graeme Matthews is a comedic magician who reached the semi-finals of Britain’s Got Talent in Series 13.

A young and versatile performer, Graeme has performed in venues big and small – from tiny pubs to large audiences – across the United Kingdom.

His zany personality and ability to engage with any audience makes him a sure-fire hit.

He had his big break in February 2007, when he appeared on ‘Graham Nortons When Will I Be Famous’ on BBC1.