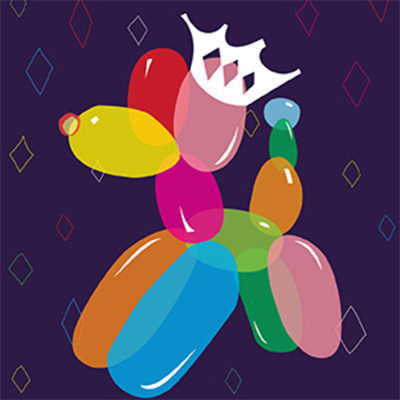 “It’s a long way to go, but it’s certainly worth it” is the answer that Eddy Cassar, the curator and producer of the Jive Cape Town Funny Festival offers, to the question about his recent visit to the Adelaide Fringe Festival in South Australia.

A veteran of ten Edinburgh Fringe Festivals and numerous European Variety and Cabaret Festivals, the Adelaide Fringe, the oldest and largest of its type in the southern hemisphere, has developed a programme designed to get Australian artists presented to promoters from around the world in the hope of securing international work for their local artists.

The Honey Pot, as it is called, sports a dedicated staff, whose primary function is to match artists to visiting promoters in the hope that a contract is generated and Australian artists get to showcase their work abroad.

Started way back in 1970, the Adelaide Fringe now services the Australian performing arts industry, showcasing them to Comedy and Cabaret Festivals and clubs, predominantly in South East Asia, the cruise line industry and the UK.

It’s curious that a city in a sparsely populated country, with a population of only 1.4 million, can host a festival the size of the Adelaide Fringe and attract artists and promoters from around the world. Run from mid-February to mid-March, this year 6 929 artists presented 1 233 shows, most of them daily, in 442 venues, embraced by the city and the province with affection and pride.

Adelaideans support the Festival in their droves. Over 700 000 tickets are sold during the month, with more than half a million residents visiting the high street for the light festival, a free digital mapping extravaganza, which runs every evening of the month-long Festival.

This year 192 theatre delegates attended, 66 of whom were from outside Australia, who specifically made the trip in search of new theatre work to be presented back home.

In comparison to the Edinburgh Fringe which takes place in the northern hemisphere ”Summer”, and has a built-in potential audience of +-250 million within an hour flight and an international reputation of the largest theatre project on the globe, the Adelaide Fringe has taken the best of Edinburgh, added clever initiatives and presented it with success.

In Adelaide, venues are easily accessible and access to the artists, famous and unknown, is encouraged and facilitated. The Edinburgh Fringe’s success in contrast, has become its Achilles heel. With over 3 000 shows daily, 55 000 over the month, it makes it a risk for performers to secure an audience and to make money. It is also difficult for promoters to find comedy gems and develop a relationship with them in a short, limited period of time.

Cape Town could certainly learn from Adelaide. Most impressive though, is the local population’s enthusiasm for theatre projects, which is the backbone to the success of the Adelaide Fringe.

The Australian theatre festival circuit is well developed and well supported. It starts in January with the month-long Perth Fringe Festival, followed by the Adelaide Fringe and then onto the famous Melbourne Comedy Festival. That accounts for twenty five percent of the year. Many artists continue onto the Sydney, Brisbane and Darwin Comedy Festivals with the comedy festival in Auckland. The circuit is designed to give the artist as much work as possible in a country that is difficult and expensive to visit.

The funding of arts and culture by central and local government is sophisticated and it seems that corporate sponsorship of the arts is common place.

Eddy Cassar is the curator and producer of the Jive Cape Town Funny Festival which takes place at the Baxter Theatre from 9 July – 5 August. Booking can be made through Webtickets.