Eddy Cassar Public Relations founded the country’s first comedy festival way back in 1997. Over the years the project evolved into the Jive Cape Town Funny Festival, delivered by Turkish Airlines –  a month-long winter comedy variety show that runs at the Baxter Theatre.

In addition to showcasing the country’s great diversity and humour, the Funny Festival secures a range of speciality acts from around the world, giving the project its unique characteristic.

The performers are hand-picked by Funny Festival producer Eddy Cassar, and often recommended by previous performers themselves.

While in Cape Town, they also get to enjoy the very best that the Mother City has to offer, including special excursions thanks to our generous sponsors.  They arrive as performers, and leave as friends and ambassadors, and many performers return to the Jive Cape Town Funny Festival over the years.

The Jive Cape Town Funny Festival, delivered by Turkish Airlines, is one of the City of Cape Town’s Premier Events, and the only one held in winter.

ABOUT THE FESTIVAL PRODUCER 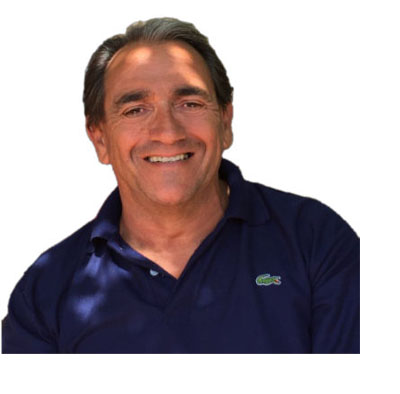 Eddy Cassar has spent his entire working career in events, either publicising them or organising them. Together with his life partner Jane, they started Eddy Cassar Public Relations in the late eighties with the first Comic Relief Red Nose Day. Since then, they have either created or worked on some of Cape Town’s iconic events.

A case in point was the 2003 Opening of the Cricket World Cup at Newlands which saw the first Olympic style mass participation theatre opening for the sporting code, using 5 000 volunteers in its production.

Eddy has worked on the Cape Town Cycle Tour (formerly The Argus Cycle Tour) for 29 years, starting its exhibition, The Cycle Tour Expo, which is now held at the Cape Town Stadium. It attracts over 70 000 visitors.

Eddy Cassar PR marketed and publicised, Cape Town’s top horse race, the J&B Met for 23 years building it to a mammoth event.  His interest in events in Cape Town sees him sitting on numerous City and industry forums, planning the future of the city’s strategy in the industry.

With his love for the arts, Eddy started the country’s first comedy festival in 1997, which has since morphed into the popular Jive Cape Town Funny Festival, which is held at the Baxter Theatre for a month every Winter. The Festival, the largest comedy project in the country, runs for a month and plays to 20 000 patrons annually. It has become Cape Town’s annual Winter comedic tonic,

Supported by City of Cape Town. The Funny Festival is entrenched in the community and has a strong developmental ethic attached to it.

Eddy Cassar PR has over the years created and founded numerous popular Cape Town events like the Gun Run, a popular half marathon, and has worked on Top Gear, Whisky Live Festival and many others.

Eddy travels regularly to the Edinburgh Fringe Festival, The Freiburg Kulturborse and more recently, to the Adelaide Fringe Festival in search of acts and ideas, which he implements at the Jive Cape Town Funny Festival.

He is a regular speaker on major events and their impact on the Cape Town economy.

Project history – some of the events worked on

The #capetownfunnyfestival will be back in 2021, running from 31 May to 27 June at the Baxter Theatre.

It is with regret that we have to cancel the 2021

The Cape Town Funny Festival would still like to s

Performing at the #capetownfunnyfestival is on the

#tbt to 2014 when the legendary @trevornoah popped